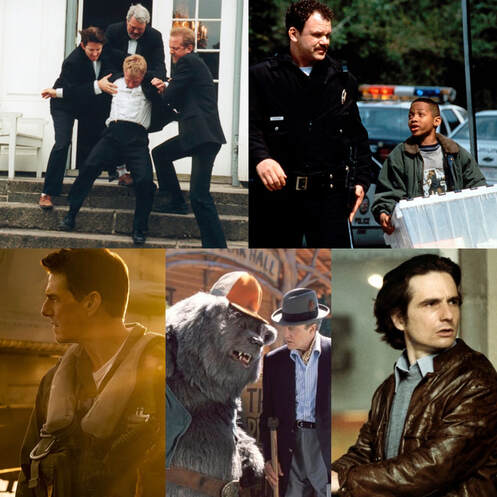 May went by so bloody fast. The NBA Playoffs are coming down to the wire and club football/soccer is officially over. I watched a lot of that shit and also had my bachelor party as I am getting married in mid June. Life moves pretty quick when you stay busy. As for this monthly log, I was able to watch 22 films and I gotta say, it was a great time. I went to the theater three times for three very different films and I was very happy with the Oscar Sunday lineup we tackled in May. I was also grateful for the random films I stumbled upon, because some of them have now become firm favorites.

5. Love on the Run
I have finished The Adventures of Antoine Doinel! Back in January, we covered Francois Truffaut’s Day for Night on Oscar Sunday. Connor and I both used that episode as an opportunity to go ahead and finally watch The 400 Blows as well. It’s safe to say that Truffaut won both of us over and for me, so much so that I wanted more right away. That became easy when I found out that Truffaut followed The 400 Blows up with a short film and three more feature length films involving the main character, Antoine Doinel, who is played wonderfully the whole way through by Jean-Pierre Leaud. It felt good to watch Love on the Run through the Criterion Channel and finish the series but it was also bittersweet as we are with Antoine as the audience, sort of reminiscing about the events of the past in his life. Here’s my personal ranking of all the films… 1. The 400 Blows (1959) 2. Stolen Kisses (1968) 3. Bed and Board (1970) 4. Love on the Run (1979) 5. Antoine and Colette (1962)

4. The Country Bears
Alright, I definitely have some explaining to do with this one. My bachelor party was in the middle of May, which was super fun, especially when movies got brought up because that’s just my shit. My older brother Jeremy kept bringing up The Country Bears to the point where it basically became a bit he was doing. But not really, because we watched The Country Bears as kids like every fuckin' weekend. It’s been a part of our DNA for quite some time, mainly Jeremy because he is a freaky good musician and connects to music related films on a deeper level, even if it is some animatronic bears singing country songs while humans just accept it. After my bachelor party, Jeremy, my other older brother, Adam and I took a trip down memory lane and watched The Country Bears on Disney+. We definitely laughed a lot, questioned the shit out of the plot, and were all equally blown away by Christopher Walken’s out of this world performance as Reed Thimple. Fuckin great shit.

3. Top Gun: Maverick
I am not really a fan of the 1986 Top Gun, but good lord did I have fun at the Regal Huebner Oaks theater by myself watching Top Gun: Maverick with a bunch of older people who clearly have a passion for the original. This new one is breathtaking and is reminding us that Tom Cruise is still a force on screen. He is pretty much timeless and while I understand people not loving the dude he is and what he stands for, no one can deny his incredible movie star quality. I love so many of the films he has worked on over the past 40 years and now Top Gun: Maverick is up there with the best of the best!

2. Magnolia
When people ask me what my favorite film of all time is, I pretty much always say Magnolia within seconds. Back in December, I watched every Paul Thomas Anderson directed film in preparation for his latest film, Licorice Pizza. He is easily my favorite writer/director to ever do it, so that wasn’t really homework but instead, a joy filled experience that I could do pretty much every month. We covered Magnolia on episode 104 of Oscar Sunday in May, so I had to throw the DVD on and rewatch it for the show. I actually needed that so I could really figure out what my favorite parts of it are and why it means so damn much to me. I don’t think it’s necessarily PTA’s best film, but I do prefer it over everything he’s done on a personal level. Tom Cruise was on my mind a lot during late May. “Respect the Cock!”

1. The Celebration
Occasionally, I’ll trip up on something so fucking special, that it reminds me of why I watch films non stop. Thomas Vinterberg’s The Celebration did just that and opened up a new portal of filmmaking that I didn’t know about until I checked it out on the Criterion Channel. Vinterberg and Lars von Trier created the Dogme 95 movement in 1995 to embrace what they felt was right for their craft. Instead of abusing special effects and technology, they wanted to focus on great storytelling, acting, and themes. Super admirable stuff. The Celebration is known as the first official Dogme film and while I was already on board with Vinterberg as a director because of The Hunt and Another Round, I am now totally convinced that he is a very special creator that I need to keep learning about.