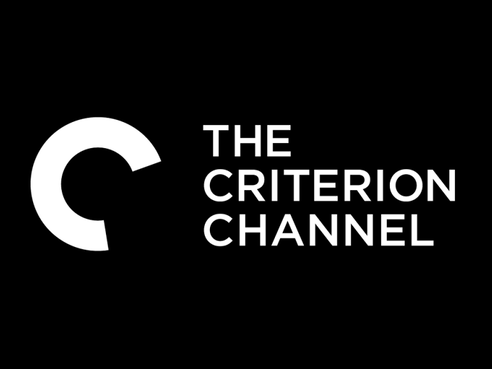 This is the 12th and final Criterion Channel Diary entry. I signed up for the streaming service in March of last year when COVID shut shit down. It’s become my favorite streaming service and I will always log the shit I watch on it even though the diary is coming to an end. These have been loads of fun to write at the end of each month and I honestly encourage the exercise to other movie obsessed people. I would love to see random accounts of what people watch on Netflix or Hulu in any given month. Hell, I might do this with other streaming services at some point but it felt right to stick with Criterion through my first year as a subscriber. Here’s the list of things I watched through March!

I started March off by watching The Killing Floor from the “Black Lives” section. It was actually a TV movie in 1984 on the PBS series, American Playhouse. It was directed by Bill Duke, who can act and has an eye for solid direction. The Killing Floor hones in on a specific time and place in America and is totally worth the watch. Damien Leake and Alfre Woodard offer tremendous performances and then Dennis Farina is a total firecracker throughout. The Killing Floor has a fantastic balance of info and entertainment, which will give me an itch to rewatch it one day.

The “Criterion Edition” section is a nice and easy way to jump into stuff that has the official stamp of approval from Criterion. Branded to Kill is a 1967 Japanese crime thriller that never steps off the gas. Jesus, I already want to rewatch it and see what else Seijun Suzuki has in his bag. Pure brilliance!

The third film I watched in March is called A New Leaf which I stumbled upon in the “Women Make Film” section. I’ve been wanting to watch it ever since I saw Mikey and Nicky from 1976, which Elaine May also directed. Not only did she direct this comedic gem, but she co stars alongside Walter Matthau, whose timing is impeccable throughout. A New Leaf is a no-brainer kind of film for fans of the comedy genre.

There’s this collection of short films titled “Black Fire” on Criterion and I enjoyed the three I watched. All of them are directed by Claudrena Harold and Kevin Jerome Everson who clearly have an extreme amount of talent behind the camera. I’ll be on the lookout for anything else those two filmmakers have done and will do.

I went back to the “Women Make Film” section for a film I’ve been dying to see since I watched White Material directed by Claire Denis about a year ago. She’s a bloody genius and I gotta say, Beau Travail is one of the best films I’ve watched through Criterion. The fucking control Claire has and the tempo she sets is basically perfect in my eyes. It reaches the amazing peak of being a film I see as uber important and a personal favorite. 1999 was already stacked and now this? How could a year get any better?

After Beau Travail, I carved some time out to watch Solange Knowles's When I Get Home from 2019. The 40 minute film made its streaming premier on Criterion recently and it’s a one of a kind experience. Solange is a fascinating artist and the film pairs with her album of the same name from the same year perfectly, but it’s also totally worth checking out if you haven’t heard much of her work before.

Our Oscar Sunday podcast has provided some cool avenues to go down. Episode 42 gave Connor and I the chance to watch some Federico Fellini action because the base film was La Strada, which won the first ever Best Foreign Language Film award at the 29th Academy Awards. I watched that through the “Directed by Fellini” section and then also watched Nights of Cabiria which won the Best Foreign Language Film at the 30th Academy Awards. There’s a shit ton of Fellini’s work on Criterion and I’ve now been able to see five of his films because of it. We all need that urge or push to watch the classics and I’m happy to say that I dig the man’s work.

The last film I watched in March was some extra homework for episode 43 of Oscar Sunday on She Done Him Wrong, which was nominated for Best Picture at the 6th Academy Awards. A Farewell to Arms was also up for Best Picture, so I watched that as well and liked it quite a bit more than She Done Him Wrong. Gary Cooper and Helen Hayes are both pretty wonderful and it just looks solid for a film that’s almost 90 years old.

To finish this off, I’ve got 3 personal favorites and 3 recommendations for every film fan. I’ve had an absolute blast with this project, but it’s time to close this 12 part diary properly.

Personals
1. Beau Travail
2. Branded to Kill
3. When I Get Home