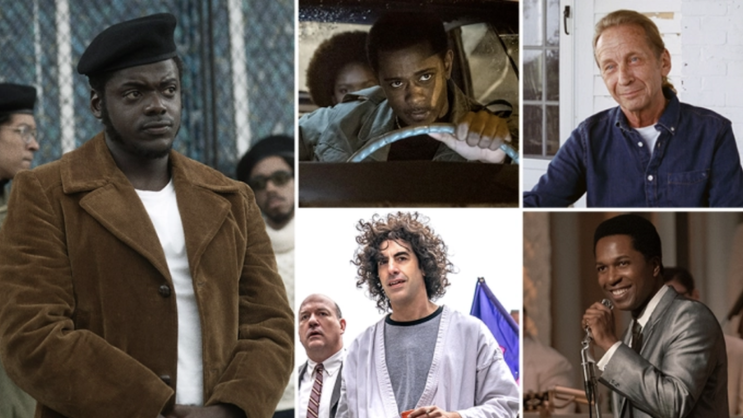 The 93rd Academy Awards were decent. They were obviously very different but overall I think it was better than most award shows. There should definitely be more montages and clips of films, but that’s always been the case. I love watching films and I love seeing somebody take pieces from different ones to make an impactful montage that reminds us of some of the best films from the past year. I don’t make montages, nor do I work for the Academy, so it’s out of my hands.

What I can do is still highlight stuff from the show that I think is interesting. Like Thomas Vinterberg's speech, Glenn Close’s wild moment with Questlove and Lil Rel Howery, or Frances McDormand howling like a wolf. The best and most satisfying thing was Daniel Kaluuya accepting his Oscar for Best Supporting Actor. His performance was awesome, his speech was awesome, and he’s now a part of Oscar-winning history at age 32.

The Supporting Actor category is probably my personal favorite category to look back at and talk about. There’s been many occasions where my older brothers and I take a Best Supporting Actor group from a random year and imagine them all in one film together. For example, the 83rd Academy Awards Best Supporting Actor nominees were John Hawkes, Jeremy Renner, Mark Ruffalo, Geoffrey Rush, and Christian Bale. Of course Bale took home the gold, but my lord I would watch anything with those 5 guys in it.

What if the most recent group was in a film? Better yet, let’s narrow it down to a heist film. So, Kaluuya, LaKeith Stanfield, Paul Raci, Leslie Odom Jr., and Sacha motherfucking Baron Cohen. I already have ideas just racing through my brain right now, so let’s just start with the winner.

Daniel Kaluuya would definitely be the lead in this hypothetical heist film. Like I mentioned earlier, he’s 32 and simply one of the best in the game right now. He is our team leader as every heist team needs someone who is ultimately in charge and calling the shots. I see a bit of everything Kaluuya has shown us. You know, some Chris from Get Out, some Jatemme from Widows, some W’Kabi from Black Panther, and some Fred Hampton. Kaluuya is our brains and sometimes muscle, depending on how the heist goes.

Next up is Paul Raci who was nominated for his role as Joe in Sound of Metal. This is pretty on the nose, but he’s got to be the getaway driver in our heist film. Raci is 73 years old and perfect for a quiet role where he just drives like an old time expert who has done hundreds of jobs over his illustrious getaway career.

Sacha Baron Cohen is the crowd control dude who occasionally takes it too far. Imagine that! Sacha is 49 and was nominated for his role as Abbie Hoffman in The Trial of the Chicago 7, but the best work he’s done comes in the early 2000’s with all the Ali G shit. So damn good. My favorite film role of his is Pirelli from Sweeney Todd, but I think he could probably do anything on the big screen, including crowd control and hot tempered robbery scenes.

Leslie Odom Jr. would play the hacker type, a guy who knows how to fuck with security cameras and keep the operation running smoothly. It looks like Odom Jr. is going to continue this amazing momentum for a long time as he picked up a nomination for his role as Sam Cooke in One Night in Miami. He is 39 years old with the ability to sing, dance, and act with the best of em, so I hope to see him in more film roles. I could see Odom Jr. lowkey becoming the brains of this heist team.

Last but definitely my personal favorite actor out of the bunch is LaKeith Stanfield, who got a nomination for his performance as Bill O’Neal in Judas and the Black Messiah. LaKeith is only 29! He is the money man for our team. He would crack the safes and occasionally help old man Sacha with the crowd before situating the money shit. Stanfield has put together a very impressive run over the past decade, but for this hypothetical heist film, I think about his work as Demany in Uncut Gems, Cassius Green in Sorry to Bother You, and then Darius in the television series Atlanta.

We got Daniel Kaluuya as the leader, Paul Raci as the driver, Sacha Baron Cohen as crowd control, Leslie Odom Jr. as the hacker, and LaKeith Stanfield as the safe cracker. Maybe Academy Award winner Chloe Zhao would be interested in directing?